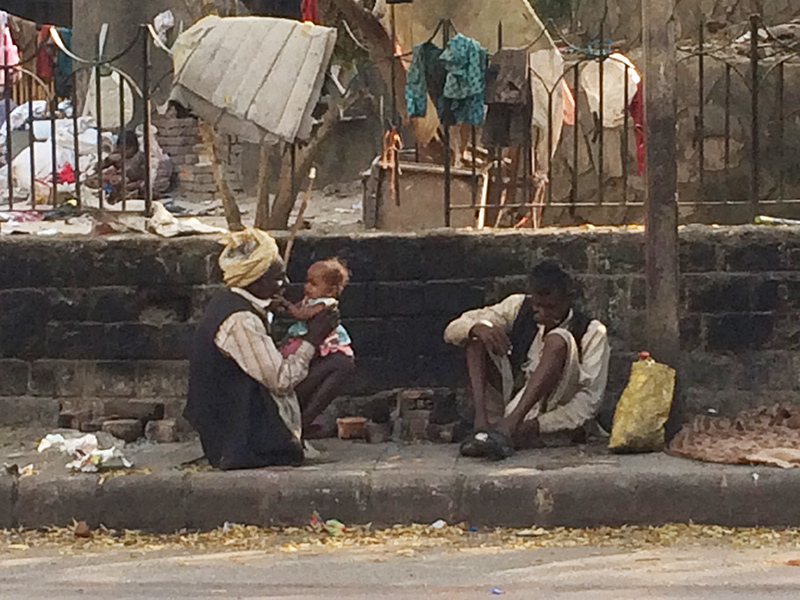 Arrived in Delhi and met the others in the group who seem very nice. Small hotel in a really grimy part of the city. Took off for a perusal of the area and have to admit to being startled by having to pick my way among the mountains of rubbish everywhere – wearing flip-flops was a huge mistake. Eye-opener! Out for supper. On the way to the restaurant cutting through a dark narrow alleyway one of the blokes in the group fell into what turned out to be a deep pothole full of water and was so shocked and soaked he had to turn back. Gulp!

I woke at 6this morning for an early start to the journey, peeking out to see the sun rising grey/pink in a polluted sky but below was a sort of swarm of people -it was a crowd of street boys washing themselves all over in the public waterhole by the hotel before going of to do whatever the day brought, it was poignant. There were dogs roaming about, some being fed with chapattis (it’s the custom to feed the first of the day to a cow and the last of the batch to a dog). Curry and hard-fried eggs for breakfast washed down with masala chai – not bad at all!

2 thoughts on “The Journey Begins”