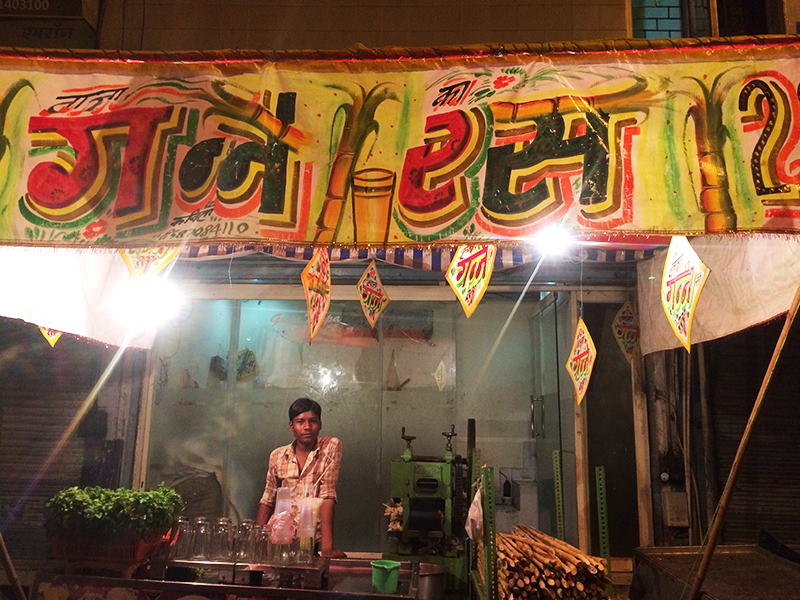 I haven’t managed any drawing yet as today’s been an amazing zooming around, exploring being bowled over by the cornucopia of life that is Delhi! Old Delhi: the cacophony of sound, of movement, the waves of humanity, the filth, the magnificence; the mountains of old and new rubbish, temples and mosques, music, the relentless car horns. Always so much life occupying every bit of space and more, people so many people – 18 million I hear in Delhi alone. No one really pays any attention to anyone else, too busy doing something like filling a bucket or turning a chapatti, fishing for something to sell from a drain, fixing a moped, frying something, praying, sleeping on the strip of concrete between the carriageways, filling a bottle, selling, making garlands, peeling vegetables and so on everywhere you look! It is a magnificent very dirty city! Everything and every one seems to be covered in dust, except in the beautifully calm and clean Sikh temple. One gorgeous elegant Sikh gentleman and his wife allowed me to take a photo – so pleased.

Went to the house and gardens where Gandhi was assassinated – a museum about his life, very moving and very peaceful after the onslaught of the old city. Then to a deep and very lovely step-well from Moghul times. Afternoon spent eating the most delicious street food – guided of course… The whole place is a shock, wonderful to see life going on like this but the tsunami that this city is cannot be described!

Cows wander the crowded streets munching on a sea of rubbish, monkeys run along the jungle of cables running along at first floor height, cheekily stealing whatever they can. People walk barefoot in this! The smell is pungent and harsh, sits in the nostrils like something acrid.

And now I’m hitting the sack again. Jaipur tomorrow! For some reason the photos aren’t posting…