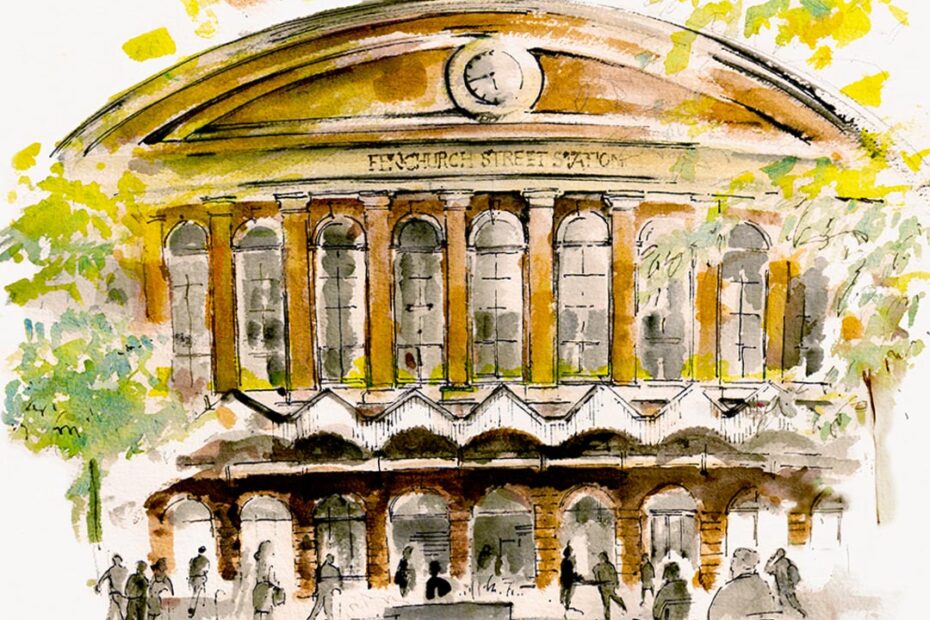 Fenchurch Street Station, London. Built on what is thought to be the site of a Roman fort, it was the first railway station to be built in the City. The origins of Fenchurch Street station lie in the London and Blackwall Railway which was masterminded by Robert Stephenson and began operating in 1840. At first, the line was short, with stations based at Shadwell, Stepney, Millwall and the Isle of Dogs, the route was essentially created to serve London’s then sprawling dockyards. Now it’s a commuter station serving Essex mainly. I drew the station several times over the course of a few months and never quite got it ‘right’; it was only when I sat there longer than usual (warmer days) I realised it only really comes alive at 5.30 when City workers rush home. I added them to the drawing and suddenly it came alive!